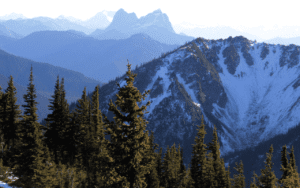 Today, an international coalition of more than 200 conservation, recreation and wildlife groups as well as local elected officials, businesses, and Tribes and First Nations released a press release showing growing opposition to a pending mining permit by Imperial Metals in the headwaters of the Skagit River.

Washington Wild has led efforts to coordinate the international coalition to oppose both proposed mining and logging in the Skagit Headwaters.

Several new letters were submitted to British Columbia Premier John Horgan and the recently elected relevant Ministers to show the increasing opposition on the mining threat in the Skagit headwaters.

“The latest group of letters are intended to ensure that the newly elected Ministers in the BC government are fully aware of the diverse and growing opposition to the pending mining permit in the headwaters of the iconic Skagit River,” said Tom Uniack, Executive Director for Washington Wild.  “The potential impacts to two of the most beloved Canadian parks and to downstream values in Washington State are both unacceptable and unnecessary.”

The Skagit Watershed is critical to the health and well-being of the region’s residents and local recreation-based economies. The current mining and logging threats are located in a “donut hole” shaped area sandwiched between Manning and Skagit Provincial Parks. Both parks and other recreational destinations are major outdoor recreation destinations just a day trip from the greater Vancouver metro area and draw more than a million visitors each year.

The Skagit River Headwaters are unceded Indigenous lands. Upper Skagit, Stó:lō, Syilx and Nlaka’pamux people have accessed the Skagit headwaters forests, meadows, and streams since time immemorial for essentials such as clean water, wild foods, ancient trees, and other cultural materials needed for medicines and spirituality. The BC Government is currently engaged in formal consultation with 16 First Nations over concerns about the mining proposal.

Decisions made by our neighbors to the north affect us downstream. Moving forward with mining is a direct threat to Indigenous communities and to one of our state’s most beloved natural resources.

View the full press release below.