Imagine what it takes to build a movement. A movement to protect wild places, starts from the ground up—bringing together activists, community leaders, tribes, elected officials, farms, faith leaders, businesses, agencies and organizations all in the name of conservation. It takes hard work and dedication. No short cuts. Do the work, one person at a time, one year at a time.

This is the conservation movement Karen M. Fant and Ken Gersten, co-founders of Washington Wild, built in the 1970s that grew into a powerful force for conservation. Since the organization’s founding in 1979, Washington Wild and its supporters have played an instrumental role in permanently protecting nearly 3 million acres of designated Wilderness throughout Washington State! 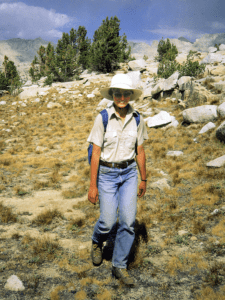 1979: Founding of a Wilderness Legacy
On September 30th a few hardy souls met in the afternoon at the College Inn, a favorite university watering hole, to launch a new organization, the Washington Wilderness Coalition (WWC). That day they passed around a hat yielding $7 for the organization’s treasury with Ken Gersten and Karen Fant as the two volunteer staff. 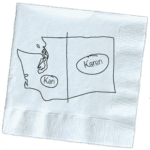 1980: Organizing the Groundwork
Dividing up the wilderness advocacy statewide came down to a simple calculus. Karen owned a car and covered eastern WA, while Ken covered western WA by foot, bus and ferry. 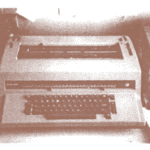 1981: Opening an Office
WWC opened its first office above the Neptune Theater in Seattle’s University District, complete with a Silver-Reed typewriter to be paid off over 3 years. 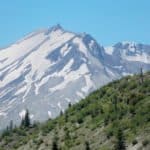 1986: Protecting the Gorge
After declaring 1985 “The Year of the Gorge” WWC was able to help pressure Congress to designate the 292,500 acre Columbia River Gorge National Scenic Area including 18 miles of new Wild & Scenic Rivers.

1988: A Refuge for Future Generations
A decade of hard work by WWC and other groups finally paid off with the establishment of Grays Harbor National Wildlife Refuge to protect wetlands of critical importance to migratory shorebirds and other wildlife.

WWC worked with Senator Dan Evans to advocate for the Washington Parks Wilderness Act of 1988 which designated 1.7 million acres of new Wilderness in Rainier, Olympic, and North Cascades National Parks.

1997: Making Puget Sound a Better Place
Seattle Times Editorial highlighted WWC as one of the best organizations that made Puget Sound a better place. The times declared, “the coalition’s out-of-the-box activism is an invigorating presence in the local environmental community.”

1998: Rock and Roll for Conservation
Seattle Times article reported a powerful partnership between WWC and local Seattle musicians from Sound Garden, Pearl Jam, and REM who signed a letter and filmed a video PSA supporting permanent protections for roadless areas in Washington State.

2006: Mining a National Monument
WWC worked to oppose a Canadian mining company lease for a proposed open pit gold and copper mine just 10 miles from Mt. St. Helens. The lease was denied in 2008 after 33,000 comments flooded the federal government opposing the mine.

2011: Setting a River Free
As a party to a decade long settlement agreement, WWC was invited to witness the breaching of the 98 year old 125-foot Condit Dam. For the first time in a century, the White Salmon River ran freely from its source to its mouth at the mighty Columbia River opening up 33 miles of  steelhead and Chinook salmon habitat.

2012: Roadless Rule is Upheld
The Supreme Court ended a decade long legal battle, upholding the protection against new road construction in the 2001 National Forest Roadless Rule. Washington Wild had led statewide efforts for more than a decade to uphold and defend the hard-fought protections for nearly two million acres of pristine roadless forests in Washington.