Our Public Lands – A Legacy Worth Protecting 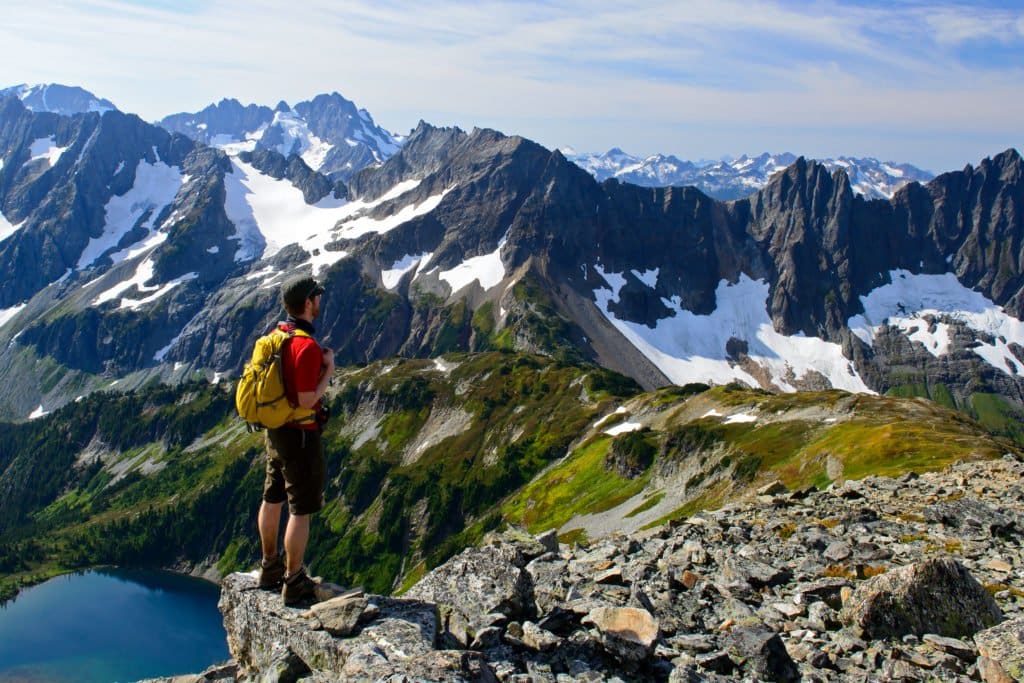 The average life expectancy of the new car you just bought is 8 years. The best planes in the world made right here in Washington State could last as long as 30 years.

But Washington’s national parks, forests, and wildlife refuges stand to outlive all of us and be passed on to our grandkids’ grandkids in the year 2100. Washington State includes more than 12 million acres of federal land amounting to about one third of the state land base. Protections for places like Mount Rainier National Park, which was established as the 4th national park in 1899 behind Yellowstone, Sequoia, and Yosemite, have endured for more than a century. Our public lands provide countless natural, social, and economic benefits to our local communities and are a legacy worth protecting.

As a national leader in preserving public lands, Washington ranks fifth among all states with more than 4 million acres of federally designated Wilderness, the highest level of protections for federal lands. Washington’s largest city of Seattle ranks first among the 25 largest cities in the United States with the most designated federal Wilderness Areas within a 100-mile radius. To achieve these protections, Washington Wild has played a leadership role in grassroots organizing and political advocacy protecting nearly three million acres of designated Wilderness areas including the Alpine Lakes, Brothers, Glacier Peak, and the Wild Sky Wilderness Areas.

A Boost to Local Economies 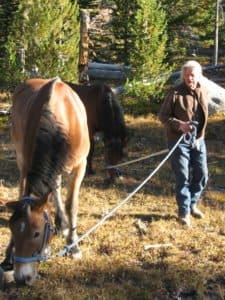 Our public lands reflect who we are and what we value. They are often a major reason why so many people choose to live, work, and play here in Washington State.

“For over 25 years, national forests and Wilderness areas were the lifeblood of my small business,”

“Our public lands supported my family, and allowed me to help others make a connection to the wild landscape through outdoor recreation. Public lands will always be important places for people to find renewal. Spending time in the woods helps everyone to connect with nature in a meaningful way.” 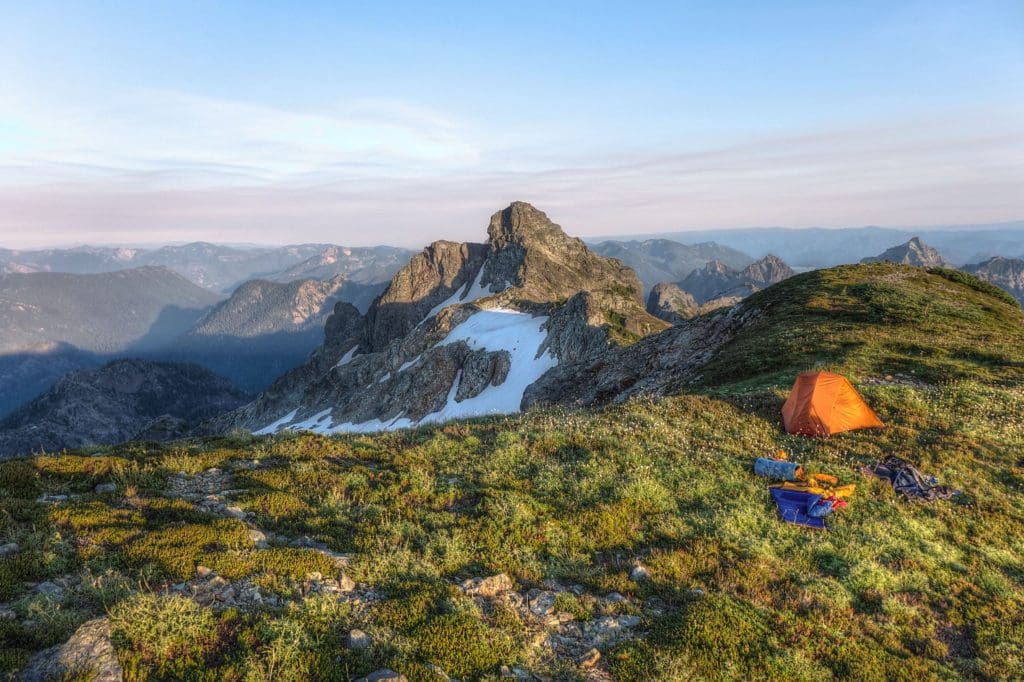 An Antidote to Cities and Stress

Washington’s public lands also provide a source for renewal and solitude in a world that many find increasingly busy and stressful. As our urban centers grow and attract more residents, the thirst for fresh air, open spaces, and outdoor recreation is palpable. Places like the Mt. Baker Snoqualmie National Forest and Alpine Lakes Wilderness Area provide hiking, climbing, camping, and paddling opportunities to balance out our busy lives.

Our public lands also provide an opportunity for rejuvenation for people of all walks of life. According to the Outdoor Industry Association more than 72% of Washingtonians hike, camp, or participate in other forms of outdoor recreation. Multi-season recreation activities and the accessibility of trailheads make it easy to plan weekend trips and open the door for community programs that introduce youth to forests, rivers, and the great outdoors. Increasingly, programs have been highlighting the benefits of our public lands to those that have one of the most stressful jobs – our military and veterans.

“Veterans have always protected the best of America including its rich legacy of public lands. Treasured landscapes like Olympic National Park and Mount St. Helens National Volcanic Monument in Washington State define who we are as Americans,”

said Rick Hegdahl, Pacific Northwest Program Director for Vet Voice Foundation, a nonprofit that mobilizes veterans to become leaders in our nation’s democracy through participation in the civic process.

“The solitude and quiet of these federal parks, forests, and rivers are a welcome sight for veterans returning from war and are often a critical factor in helping our soldiers as they transition back to civilian life.”

A Source of Clean and Safe Drinking Water 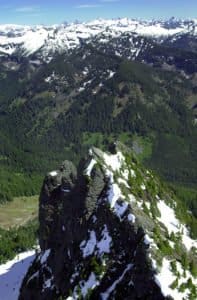 Our federal lands, like national forests, manage the upper watersheds and headwaters that provide the source of clean and safe drinking water to 66 million Americans. In Washington State, the Wild Sky Wilderness protects the headwaters of the drinking water supply for the city of Everett and much of south Snohomish County. The Buckhorn Wilderness on Olympic National Forest protects much of the Quilcene watershed which provides drinking water for the City of Port Townsend.

Washington Wild has developed a Washington Brewshed® Alliance working with more than 50 craft brewers to highlight the connection between clean water and better tasting beer. Brewers are meticulous about the ingredients of their product and beer is 90% water. As a result, they are strong advocates of making sure that the source of their water on federal public lands is protected from impacts like logging and mining.

Some cities and local governments own their municipal watershed to ensure that activities like logging or mining do not impact water quality. Often, the headwaters above their ownership are managed by the U.S. Forest Service. Such is the case with the City of Seattle’s South Fork Tolt Watershed, which provides drinking water for northern Seattle to around 30% of Seattle Public Utilities’ regional customers.

“The City of Seattle made significant investments since 1891 to acquire lands in the municipal watersheds in the Tolt and Cedar River watersheds and manage them for water quality,”

“The upper third of the Tolt watershed is managed by the U.S. Forest Service. Protecting those headwaters as Wilderness or other protective designations could be an important contribution to the quality and reliability of the drinking water for 1.4 million customers.”

While Washington is blessed with an abundance of public lands, there is more work to be done to ensure that these wild places are protected for future generations. Washington’s federal lands are under attack from leadership in Congress and the Trump Administration. In 2017, Congress introduced several bills aimed at weakening protections for (or even selling off) federal land and the Trump Administration is activating its power to negatively impact environmental protections across the board.

Our public lands are a legacy worth protecting for future generations to enjoy. North Cascades National Park, Mount St. Helens National Volcanic Monument, and the countless other iconic landscapes will outlive all of us, but only if we remain vigilant and continue to defend these special places. Washington Wild has defended our public lands from challenging Administrations in the past, and we are prepared to do it again.

Stand with us by making a donation today!