In 1978 a group of women initiated the first Women’s History week during the second week of March as a “tribute to the generations of women whose commitment to nature and the planet have proved invaluable to society.” By 1986, 14 states had officially declared the entire month of March as Women’s History Month, and in 1987 Congress officially declared March “Women’s History Month”. As noted historian Dr. Gerda Lerner described the acknowledgement of women’s history, “It is an essential and indispensable heritage from which we can draw pride, comfort, courage, and long-range vision.” (source: www.nwhp.org)

So what’s the connection between Washington Wild (formerly Washington Wilderness Coalition until 2011) and Women’s History Month? Washington Wild was founded and shaped by an intelligent leader and extraordinary woman named Karen Fant (1949-2006). 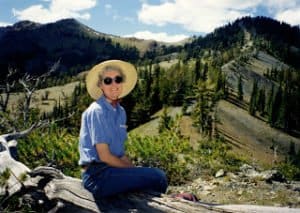 As one of Washington Wild’s co-founders, Karen initially worked for the Sierra Club on roadless forest preservation. In the late 70’s Fant, and fellow environmental activist Ken Gersten, envisioned an organization that would help people across the state to strengthen existing conservation groups or establish new ones, with a specific focus on protecting wilderness areas.  Karen, Ken and others founded the Washington Wilderness Coalition in 1979. As the organization’s first co-directors, they divided up organizing duties throughout the state – with Karen taking organizing duties in Eastern Washington because she had a car.

Karen’s work with grassroots organizations throughout the state was instrumental in the passage of the 1984 Washington State Wilderness Act which designated more than one million acres of new wilderness. Although pleased with the results of the 1984 Wilderness Act, Karen nonetheless recognized there were millions of acres of wild lands still unprotected.  Karen was one of a handful of local citizens who initiated efforts to protect the Wild Sky Wilderness, which was established in May 2008. 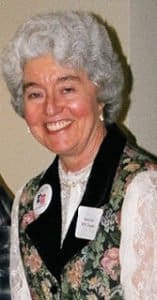 Throughout her life, Karen was a force in the environmental movement.  In addition to Washington Wild, Karen was closely affiliated with the Alaska Coalition, the Sierra Club, Olympic Park Associates, and the Wild Sky working group.  Her influence, however, extended well beyond specific organizations and campaigns.  Karen taught her colleagues and younger generations of environmentalists how to create change in the world, and she will be remembered as a dynamic leader and an exceptional individual.  Her efforts embody the very purpose and spirit of “Women’s History Month.”  We are grateful to have had her on our team.

Unfortunately, Karen left us far too early before her work was done. Washington Wild continues that work in her honor.

The following are excerpts from Karen’s memorial celebration in 2006.  People from all corners of the environmental community came out to pay tribute to her character and her work:

“Karen was a pioneer at a time when there were few women in leadership roles in the wilderness movement. It took exceptional skill for her not only to found WWC but then lead it through its formative period.”
— Nalani Askov, current board member and former Executive Director for Washington Wild

“Karen had a conviction that the only way to win lasting protection of our endangered wild places was local organizing. We traveled the state working with local activists in every Congressional District. Karen never put herself out in front. She always supported the local folks to do the advocacy. Of course, if things were not moving, Karen could push.”
— Ken Gersten, Co-Founder of Washington Wilderness Coalition (now Washington Wild)

“Though a quiet, private person, Karen distilled the absolutely purest essence of personal commitment and steadfastness. When she spoke at strategy meetings, we all listened, for Karen invariably got right to the heart of the matter. Often when we had wandered deep into the tall weeds of detail and debate, hers was the patient voice reminding the rest of us of our original goals.

Karen was a leader’s leader. She never disdained rolling up her own sleeves for less glamorous work — phone-banking, door-belling, and such — that she recruited others to do, knowing this was the essence of the most seemingly adverse circumstances that the rest of us found daunting. More than once she rallied our spirits, making us believe we could change political outcomes…and have good fun in the bargain.

Karen was loyal to wilderness first and foremost. She made her contribution through many groups, always wanting to be where the action was — the action, she would remind us, not the discussion of action.”
–Doug Scott, Campaign for America’s Wilderness

“Fortunately she shared so much of her knowledge, expertise, and wisdom that we as a community are immensely stronger than had Karen not been among us. Every time I help put together a hearing or letter-writing campaign or organize local activists, I will consider how I can apply the many lessons that Karen taught and how I can help inspire other people the way that Karen inspired me.”
–Mark Lawler, Sierra Club 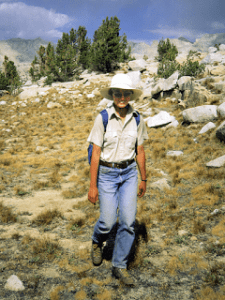 Thank you, Karen Fant, for being an integral piece of Washington Wild’s legacy and for being an exceptional part of women’s history.