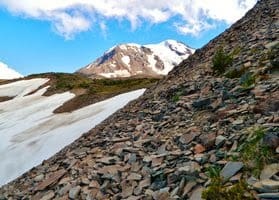 This post is comes to you from a Portland, OR teen, Jayson S.  Jayson submitted the powerful narrative, photos, and video below as part of Washington Wild’s Youth Voices program.  We have no doubt that Jayson is poised to be a positive influential force in the conservation and recreation worlds (or, heck, wherever he chooses to end up) and we hope that he continues to explore wild places and share his stories.

From Jayson:
I am a 16 year old High School student from CCS in Portland, Oregon. I value good education. I am an outdoor enthusiast and love hiking in Washington State, including the South Cascades, Mt Adams, Mt Rainier, Olympic Mountains, Enchantment Lakes, and the North Cascades. I am in full support of wilderness designation of the Dark Divide as well.

During the summer of 2013, I went camping with my family and friends to Takhlakh Lake, in the beautiful South Cascades of my favorite state, Washington. I compiled a video to show to others the scenic beauty found at the Mount Adams Wilderness. 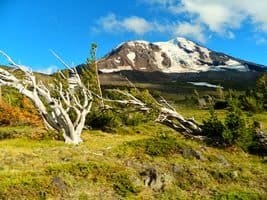 Mount Adams, undoubtedly a trophy of the Pacific Northwest, a spectacular icon towering over its surrounding landscape, looks like long ago it should have received national recognition, yet apparently only about a third of Mount Adams’ entire volcanic bulk is safe inside the protective boundaries of the Mount Adams Wilderness Area.  I would like to see in future years that the Mount Adams Wilderness be expanded to include some highly important and critical areas to hikers, the flora and fauna, and the source of clean water sources surrounding the mountain.  What I hope to see in the future is that some of the high-elevation, old growth forested areas directly to the north of the mountain around the lower Adams Creek, Takh Takh Lava Flow, Green Mountain, and Potato Hill be permanently protected.  I also hope to see that the Mount Adams Wilderness boundary be expanded all the way down to Forest Road 23; and a separate section of wilderness protecting the (already heavily logged) Sleeping Beauty Peak area.  Let’s not forget the High Lakes Area centered around Takhlakh, Horseshoe, Olallie, Council, and Chain of Lakes, which I believe should be designated officially as the “High Lakes Scenic Area,” thereby recognizing its scenic nature critical to recreational activities, including camping, hiking, boating, wildlife viewing, berry picking, and fishing.

One other concern is the vast old growth forests on the southern slope of the mountain, already impacted by logging, insect infestations, and forest fires—the most recent, the Cascade Creek Fire, burned over 20,000 acres of old growth, beetle-infested trees and subalpine forest up to the timberline level, adding on to the previous 6,000 acre Cold Springs Fire in 2006 that burned the south side as well.  The south side is very special—the “Big Tree” is a huge ponderosa tree, one of the biggest trees of its type in the world. It has a diameter of seven feet and stands at a lofty 202 feet tall.Mount Adams, one of Washington great volcanoes of the Cascade Range, is often left in the background behind its more well-known neighbors, Mount Hood, St. Helens, and Rainier.  This is most likely because Mount Adams is apparently located just a little too far east of any major population centers, like the Seattle-Tacoma and Portland-Vancouver metro areas.  Nevertheless, Adams is a very impressive mountain, and I believe it ranks with volcanoes all around the world.

Adams stands at 12,281 ft, making it the second highest mountain in the Cascades north of California; and, when measured in terms of eruptive volume, it is the second biggest volcano in the Cascade Range, second only to California’s Mount Shasta.  Adams is characterized by brilliant, colorful, flower-filled meadows that even rival the famous wildflower displays found at Mount Rainier.  Mount Adams is the source of many tumbling creeks and waterfalls, and dense, old growth forests on it’s gentle, lower slopes.  Numerous varieties of species of wildlife call this mountain their home, and many of these animals are endangered too.

Probably the best step in moving towards the future protection of this mountain is allowing people better access to exceptionally scenic areas that they might otherwise never see. (i.e. the east side, or “The Gap.”  Seeing pictures is one thing, but when someone sees it with their own eyes, they will end up caring for it with a much stronger vigor and passion.  So building more trails within the Mount Adams 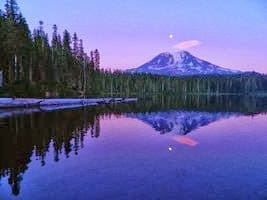 Wilderness, such as exploring key areas around High Camp and that lake just above it, Adams Glacier-Lewis River Meadows, Crystal Lake, as well as trails exploring the incomparable and rugged east side of the Mountain, within the Yakima Nation Mount Adams Recreation Area, and building short viewpoint hikes along the upper Lewis River area would be a huge benefit to not only thousands of hikers who hike Mount Adams every year, but also it would help pave the way for future projects, making it a great step forward in the current, and future advancement of environmental protection on Washington’s second tallest volcano, Mount Adams.

http://fluttershyismagic.deviantart.com/gallery/ Here are some photographs I took, found at my photo gallery:

Thank you for taking your time to read this. Thank you, and have a wonderful day!