Today Washington Wild joined 272 other conservation and public interest groups across the nation who signed onto a comment letter supporting more funding for the U.S. Fish and Wildlife’s Service for endangered species conservation through H.R. 3055. The letter was coordinated by the Center for Biological Diversity.

Conserving our planet’s natural heritage is a monumental challenge, and the facts have demonstrated that for nearly all endangered species, the only path to recovery has been through protection under the Endangered Species Act. The more quickly species are listed, the more quickly recovery planning and recovery work can begin, and the faster species can be delisted as recovered. Washington Wild supports the increased funding levels in H.R. 3055 so that more species can be saved from extinction and can be recovered and delisted more quickly. 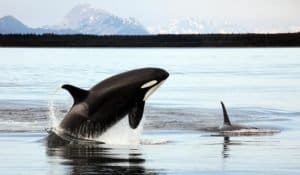 Each year U.S. Congress is required to pass appropriations bills that fund key parts of the federal government. These bills originate in the House of Representatives and move over to the Senate. For the last decade, funding levels for endangered species management, maintenance for our national parks and forests and other conservation priorities have been flat or declining. This year is the first time in several years where funding increases are being proposed in key conservation areas like endangered species recovery.

In May 2019, the Intergovernmental Science-Policy Platform on Biodiversity and Ecosystem Service (IPBES) released a landmark global assessment that alarmingly concluded that “around 1 million species already face extinction, many within decades, unless action is taken to reduce the intensity of drivers to biodiversity loss.”The report, backed by the United Nations and more than 130 countries around the world, reviewed around 15,000 scientific and government sources and drew from indigenous and local knowledge. It is the most comprehensive document ever prepared on the status and trends of biodiversity.