The Year Ahead: 2017 Program Priorities

FIGHT  Attacks on our Public Lands 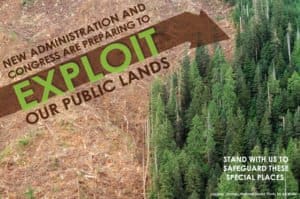 Over the next four years our wild lands and waters will be under siege. We expect renewed Congressional attacks on bedrock environmental laws like the Wilderness Act, the Clean Water Act and the Endangered Species Act. We also anticipate efforts by the incoming Administration to weaken conservation policies and protections for national parks, forests and wildlife refuges.

Washington Wild will continue to stand guard in defense of our public lands and ensure Washington State’s voice is heard. Already in 2017, the newly elected U.S. House of Representatives passed a controversial provision that will make it easier to sell off public lands for logging, mining and oil and gas drilling. We have notified our members in critical geographic areas and have given them the tools to take action. In order for us to keep Washington’s Wilderness Legacy in-tact during this next administration, we will remain vigilant and determined.

We will continue to protect and add to our state’s Wilderness Legacy. As our population increases and climate change threats appear on the horizon, we must work to permanently protect the intact forests and watersheds that remain. Washington Wild has led state-wide efforts to develop Wilderness and Wild & Scenic River designation campaigns, the strongest protections available for federal lands and waters.  Since 1979, we have helped to protect nearly 3 million acres as Wilderness. 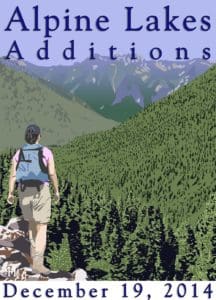 Designations such as the Wild Sky Wilderness (2008) and the Alpine Lakes Additions (2014) follow a strategic approach that combines strong local support with committed and effective Congressional champions to protect under-represented low-elevation forests and watersheds as Wilderness.

The Wild Sky Wilderness Act protected more 106,000 acres and was the first new national forest Wilderness area in Washington State in a quarter century. When the Alpine Lakes Wilderness Additions were signed into law, more than 22,000 acres of rare low-elevation forest and nearly 40 miles of Wild & Scenic Rivers were protected. 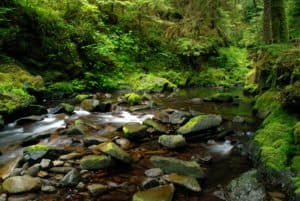 Creek on the Olympic Peninsula, Photo Courtesy of Javin Elliff

Currently, we are working on a wild lands and waters campaign to protect forests and rivers on the Olympic Peninsula while also preserving and enhancing recreational access.  Legislation introduced by Senator Patty Murray and Representative Derek Kilmer (D-WA06) would designate th first new Wilderness (more than 126,000 acres) in Olympic National Forest in 30 years and result in the first ever Wild & Scenic river designations (more than 460 river miles) on the Olympic Peninsula. The proposal boasts local support from over 550 elected officials, local businesses, sportsmen and other stakeholders and more than 10,000 Olympic Peninsula residents. 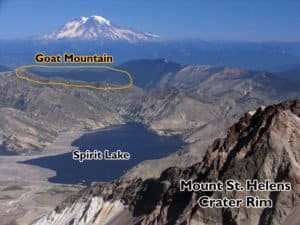 Each year, Washington Wild mobilizes grassroots responses by gathering comments, building a coalition of organizations and local businesses to speak out against the threat. Currently, there are increasing numbers of preliminary permits for small hydro and geothermal developments in the Cascades Range. Mining proposals are also on the rise including proposed expansions into roadless areas in the North Cascades and efforts to develop an open pit mine near Mt. St. Helens Volcanic National Monument. Several proposals for expanded military training within designated Wilderness areas have also surfaced from the Army and Navy.

A key reason why Washington Wild works so hard to protect wild places is so that current and future generations can enjoy them. We carefully draw proposed Wilderness boundaries to ensure they do not impact existing access to roads, trails and other recreational opportunities. For example, we worked with Evergreen Mountain Bike Alliance to find common ground around supporting new Wilderness and Wild & Scenic River protections in the Cascades and Olympics without impacting access to key mountain bike trails. 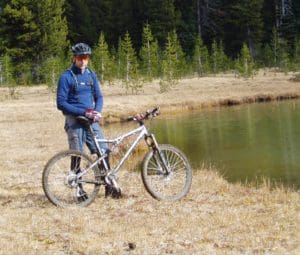 “There is an inherent challenge between wanting to ensure the lands are protected but also being able to experience it through our own human powered low-impact recreation. In Washington I believe this is a challenge that we have really been able to overcome working with Washington Wild.” – Glenn Glover, Past Executive Director, Evergreen Mountain Bike Alliance 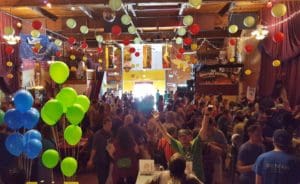 The Brewshed® Alliance is an outreach initiative of Washington Wild started in 2012 to help people make the Brewshed connection: protected water makes superior downstream beer. Nearly 50 Breweries throughout Washington State have joined the Brewshed Alliance because they think it is important for their patrons to understand the connection between clean watersheds that Washington Wild helps to protect and quality beer. By having events such as our annual Beer fest, happy hours where Brewshed Partners donate $1 of each pint sold, documentary nights, tap take overs and other events, we bridge the connection between thousands of craft beer drinkers and our conservation work.

Washington Wild makes it a priority to build relationships with diverse stakeholders, including faith leaders, local businesses, hunters and anglers, mountain bikers, scientists and Tribes. We work to identify common ground and highlight their unique perspective on local conservation issues. Each edition of our newsletter highlights a column from one of these perspectives and we reach out to these constituencies throughout all of our campaigns.