115th Congress In Review: What Did it Mean for Washington’s Wild Places?

The first two years of Trump’s Presidency have just come to a close and with it the end of the two-year 115th Congressional Session. Washington Wild responded to our members who told us that it was confusing and difficult to follow the mounting congressional threats to our national parks forests and other public lands. We tracked all bills introduced in Congress that would negatively impact our public lands or wild places in an easy to read chart. Over the past two years more than 20 bills were introduced which threatened our public lands. While early on a few provisions made it to President Trump’s desk, others were voted down or withdrawn and most did not advance to a committee or floor vote. Considering what is at stake, this outcome is a welcome one and is a direct result of the strong negative reaction to threats to our public lands from Washington State and around the country.

Let’s take a look at three things: (1) What Did Make it to the President’s Desk (2) What We Were Able to Stop (3) What Never Made it to a Vote

What DID Make It to The President’s Desk 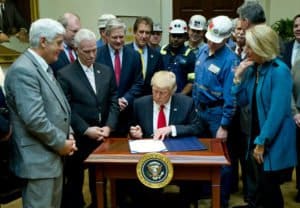 Three out of four pieces of legislation that did pass under this Congress were part of something called the Congressional Review Act (CRA). The CRA allows 60 legislative days for legislatures to undo regulations enacted by the previous executive branch, in this case attempting to roll back many Obama-Era regulations. The 115th Congress and current Administration repeatedly used the CRA as a tool to attempt to repeal existing environmental regulations, among others. Any of the CRA resolutions that have been signed into law effectively prevent the agency from submitting a similar substantive rule in the future, meaning that no new similar regulation can be put in place. 14 of these resolutions have made their way to the President’s Desk and were signed into law, three of which directly impacted our environment and public lands. Before the Trump administration, the CRA had only been used once.

What We Were Able to Stop 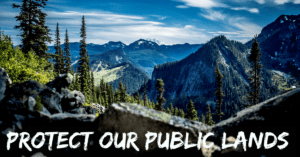 While the previous four pieces of legislation were able to make it to the President’s Desk, through advocacy efforts there were also four pieces of legislation that were stopped in Congress! Washington Wild, alongside hundreds of organizations nationwide, mobilized our members to take action around this issue, asking them to send letters to elected officials opposing these issues. Our voices were heard in defense of our public lands and together we can make a difference!

What Never Made it to a Vote

Lastly, there were numerous pieces of legislation that lacked the momentum and support to make it out of the House or the Senate. This demonstrates the general ability of our Congress to recognize and stop harmful legislation from making it to the president’s desk and an overall show of support from our nation to support pro-environment, pro-public lands legislation! Click here to explore each of these more in depth on our 115th Congress Guide to Legislative Threats. 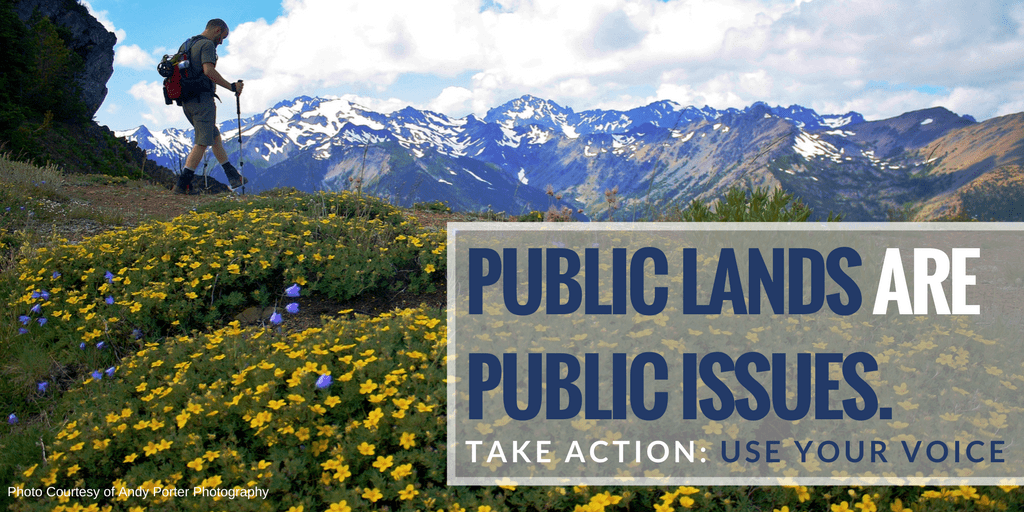 While it may seem that the amount of bad news regarding our wild places and our environment is overwhelming, it is important to remember that by coming together and standing against these attacks we can make a huge impact to protect what matters to us. As we move forward into 2019 and the 116th Congress remember the difference our collective voice made the past two years. Get involved. Raise your voice. Take action.

Click here to follow Washington Wild and receive action alerts on the issues that affect our public lands and environment.